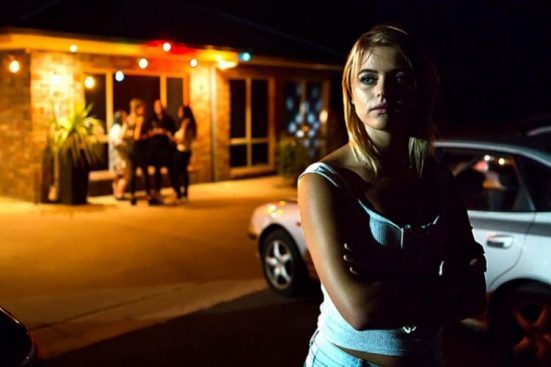 Described in the SFF program as “An unsettling thriller about passion, power and an attempt to turn back time”,SMASHED follows three larrikins – Dean, Ray and Paul – who abduct ‘footy hero’ Christian, so that Dean can gain the attention of Christian’s girlfriend Jess. When the culprits drive to the Australian bush, the prank swerves out of control trapping the youths in a recurring nightmare.

The fact that SMASHED will be screening with Hollywood director Doug Liman’s THE WALL at Sydney Film Festival, is a tribute to its compelling storytelling and high production values.

A significant milestone for the SMASHED creative team, director Sean Lahiff reflects, “I’ve been a fan of Doug Liman since I saw Go at the cinema. To have SMASHED screen with THE WALL at Sydney Film Festival is a huge thrill and honour!”

Producer Michael Clarkin adds, “We’ve been overwhelmed with the response to SMASHED and Berlinale was amazing!  5 South Australian Screen Awards was also a fantastic achievement and to have SMASHED screen at Sydney Film Festival with Doug Liman’s latest film is humbling.”

SMASHED was financed through the Media Resource Centre’s Next Step initiative and supported by the SA Film Corporation with the financial assistance of Arts South Australia. Marketing assistance for Berlinale was provided by Screen Australia.