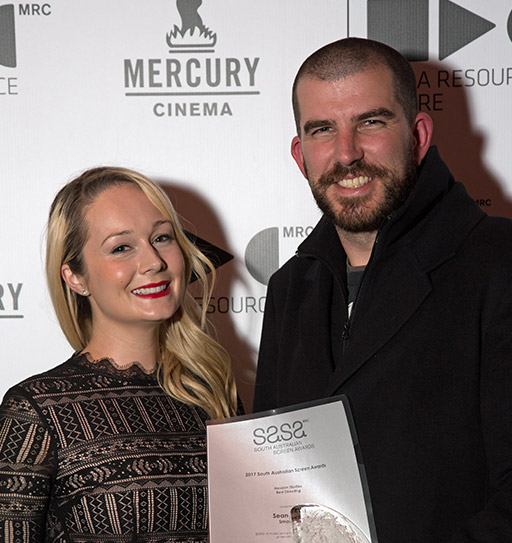 The movie is a coming of age story and immersed in the world of adolescent males and told entirely from their perspectives.

Among other awards at the sold-out annual awards last night, Nima Raoofi won the Best Feature category for the movie Charlotte, Emily McCallan Best Documentary for Komorebi and Adam Lemmy won Best Music Video for the song In Your Fire.

The $15,000 movie could be the breakthrough Lahiff needs to make it in the tough film industry.

“It certainly did open doors for us, for all of us, of everyone involved; it opened doors for me,” Lahiff said.

“I’ve had some offers to do longer form projects.

“I’ve been given scripts to read about potentially directing films and things, so it’s just a matter of time now.”

He said being nominated for the annual awards was a reward for hours of hard work put in directors, cast, crew and other support staff.

“I guess it’s great for morale, you know, it encourages you to sort of work harder and to keep going.

“So it is important, but whether you win or not isn’t the most important thing.”