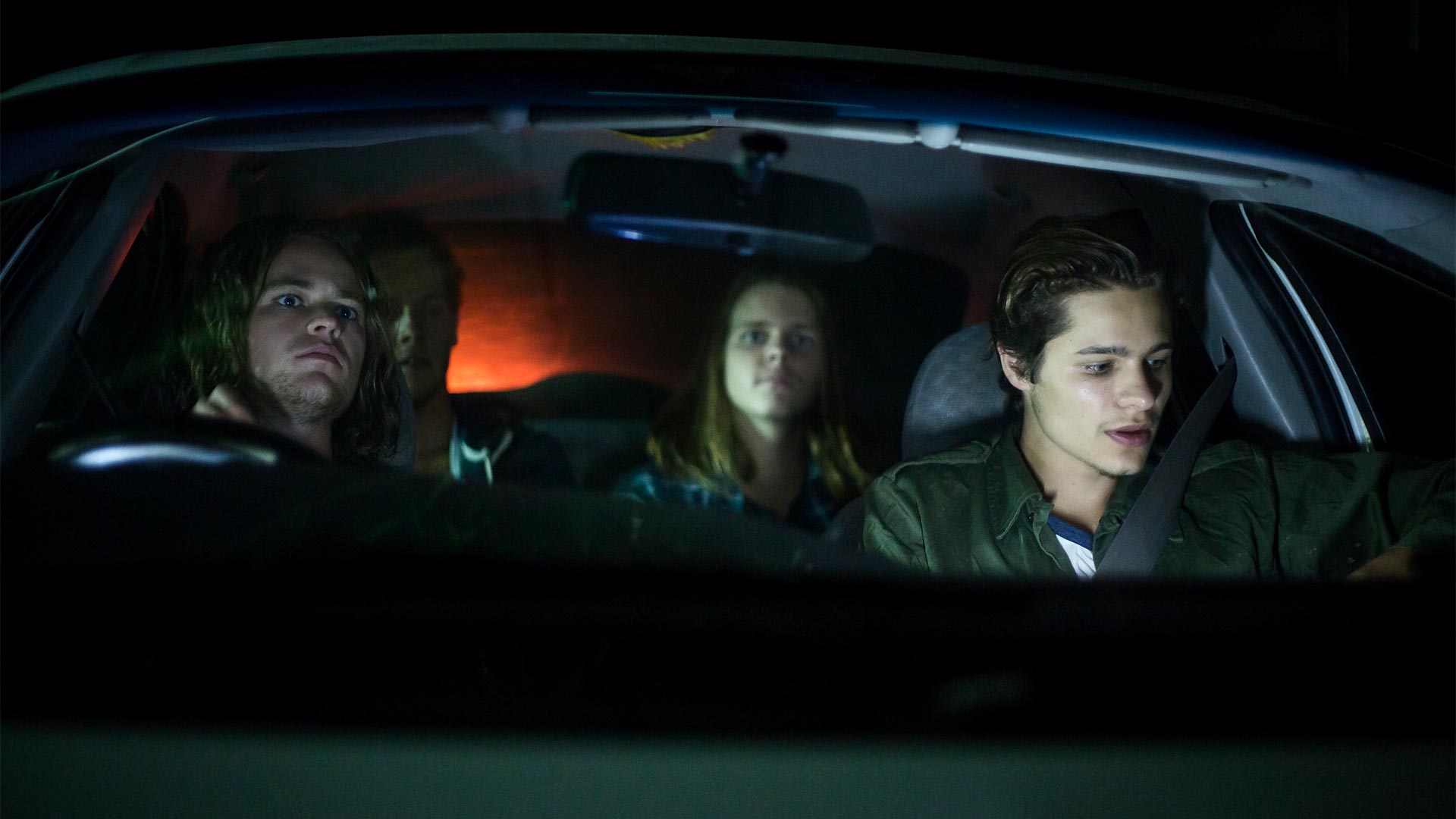 South Australian short film, Smashed, will have its world premiere at the Berlin International Film Festival as part of the Generation 14plus.

Berlin is one of the world’s most highly regarded and anticipated international festivals known as a launching pad for both films and the next generation of filmmakers.

Smashed captures a night in the lives of a group of young men full of high jinx and bravado. They drive fatefully towards a crash with a mysterious aftermath where they might just get the chance to pull off a less chilling destiny. The film is viscerally immersed in the world of adolescence males told from their perspective and within cinematic paradigms, making it a perfect fit for Berlin’s Generation 14plus.

Director Sean Lahiff said:
‘High school felt like a never-ending cycle of teenage angst & frustration and like I’d never make it through the other side of adolescence. SMASHED tells this tale in a more literal sense as a ‘time-loop sci-fi’ and ‘coming-of-age
thriller’

Smashed forms part of a series of horror shorts directed by Sean Lahiff, written by David Haddin and produced by Michael Clarkin which take a sharp look at male culture.

Writer Dave Haddin said,
“Like most writers, I spent my formative years as an outsider looking in, and Smashed looks at the other teenagers; those with the fast cars, the booze and the girl. This was a project I have always wanted to write and it kept coming back to me.’

The teams last short, Too Dark screened across Australia including opening night at the St Kilda Film Festival and won Lahiff a Best Director award at the Peninsula Short Film Festival. It was nominated for a Grand Jury Prize at
the Seattle Short Film Festival. Each of the teams’ shorts have aimed at progressing their careers as key creatives driving their own filmic visions.

Smashed was funded through Adelaide’s Media Resource Centre’s Next Step
program, which aims to segue emerging filmmakers into the professional industry.

Lahiff said of making Smashed their most successful short film to date:
“Next Step gave us the amazing opportunity to bring SMASHED to life and the confidence to aim high with our cinematic endeavours. Our film being invited to World Premiere at Berlinale is the icing on the cake and quite
literally the Next Step in our creative careers.”

Alongside the compelling storytelling, a notable accomplishment of Smashed is the high production values made possible not only by cash support from the MRC but also by the wider experience of the team, particularly Lahiff who is a highly regarded feature film editor (Wolf Creek 2, The Darkness, Jungle) and visual effects editor (The Great Gatsby and for Academy award winners Rising Sun Pictures on The Hunger Games, Prometheus, Gravity and Harry Potter)

The MRC Director, Gail Kovatseff said:
“We are very excited for the team as this is exactly what we aim for through Next Step; a film of such accomplishment that SA emerging film teams capture the attention of the industry. Getting into Berlin is about as much as we can hope for in regard to helping SA’s next generation launch their film careers.”

For further information on the MRC Programs for 2017 go here: www.mrc.org.au